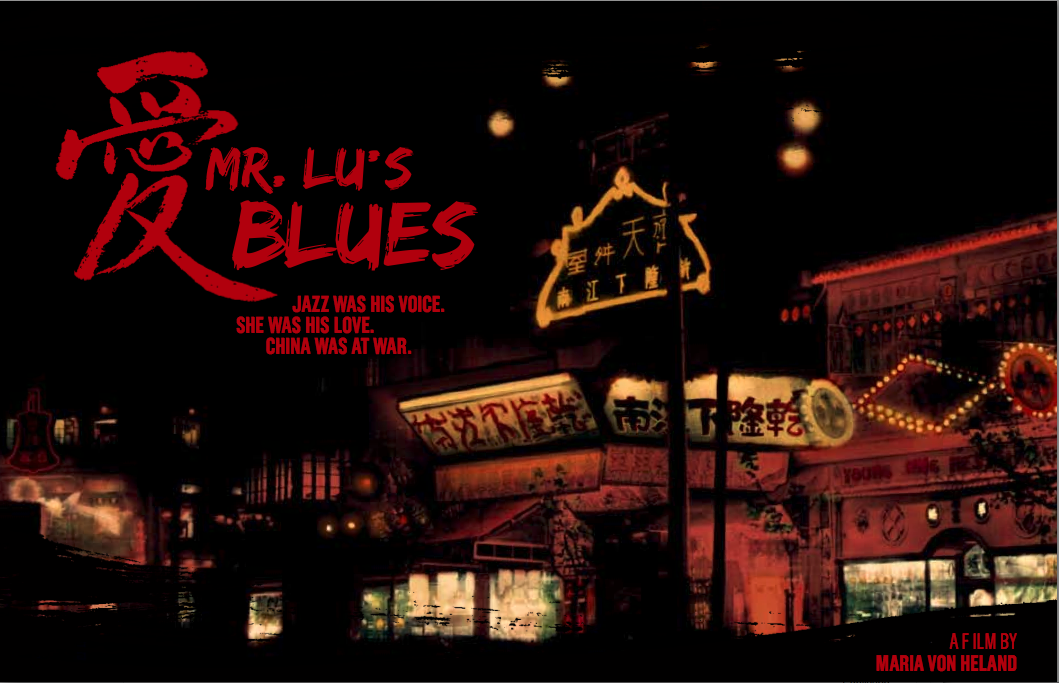 An epic interracial love story that starts in the frozen city of Harbin in the early 1920s and flourishes in Shanghai in the 1930s – a stormy time in history where freedom, war, creative expression and death danced hand in hand in an exotic blend that easily could be mistaken for happiness. Mr Lu (inspired by the Russian Legend Oleg Lundstrem) is a blues pioneer and Wei Daiyun a wild-spirited dancer – what they share is a passion so hot, that neither their parents’ wishes, their governments’ commands nor as it turns out the passage of time can cool it. When the two meet again, after over 50 years of separation their faces have altered – but not the expression in their eyes. Life is short. The dream of true love lasts forever.

The journey towards making a film in China has been a very stimulating one so far. Oliver Damian and I were invited to the Shanghai International Film Festival in 2010 for a Pitch and Catch session and used the journey to find partners in China. We learned a lot at met many people we like to work with. Among them Shanghai-based producer Natacha Devillers of Les Petits Lumières, veteran set designer Yu Baiyang, line producer Er Yong.

I went for another pitching session in Utrecht 2010. The big learning experience thus far was that this is a film everyone wants to see, but that is going to be hard to make. In other words we need to have a lot of patience and a lot of passion. Luckily both Oliver and I have both.

Oliver has made several trips to Asia in order to place the project on the market, and get an idea for how to structure the financing.

The support of Medienboard Berlin Brandenburg enabled me to make a second journey to China in October 2011. It was an intense 4 weeks of visiting studios, meeting actors, talking with distributors, going on location tours and learning more about the industry in China. Thank you Sisi Wu (producer) of Les Petits Lumières for your crash course on Chinese Cinema and Yu Baiyang for the extensive location tour. I came back full of ideas for the new script, and currently the ball is in my court. With the new understanding of China, of the Chinese market a new draft is evolving.