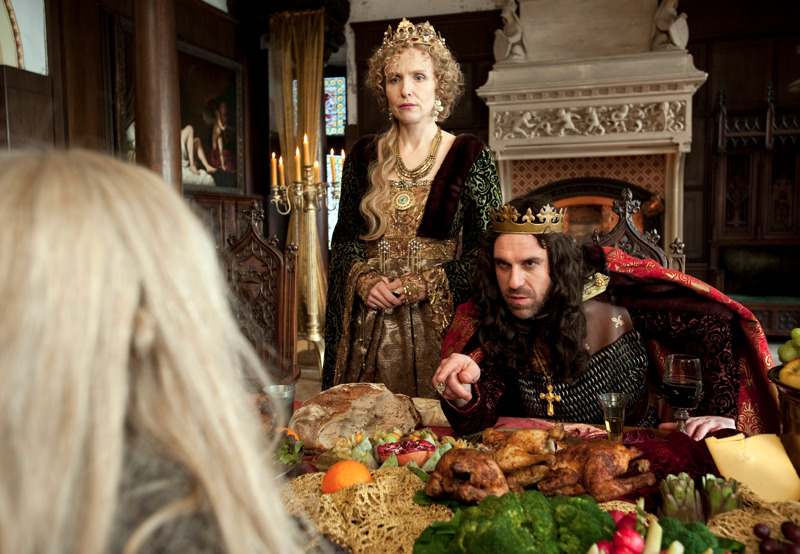 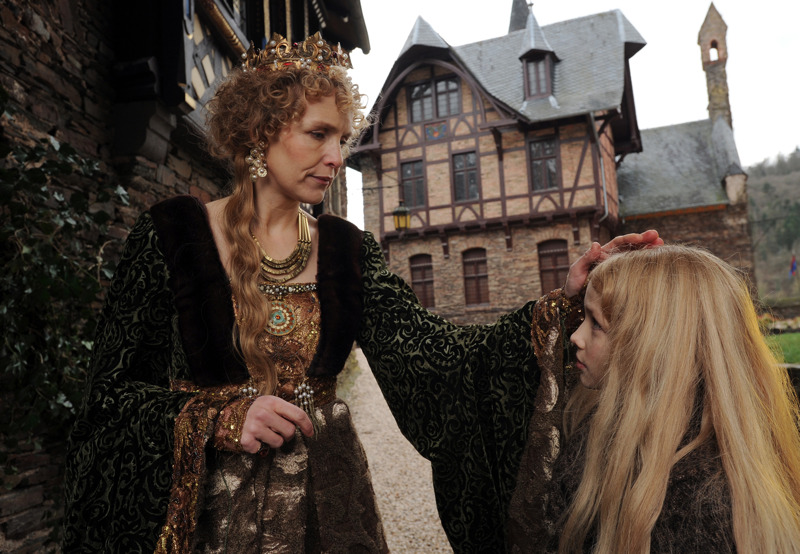 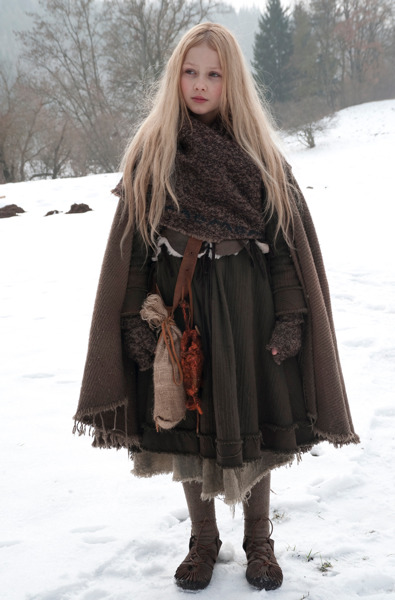 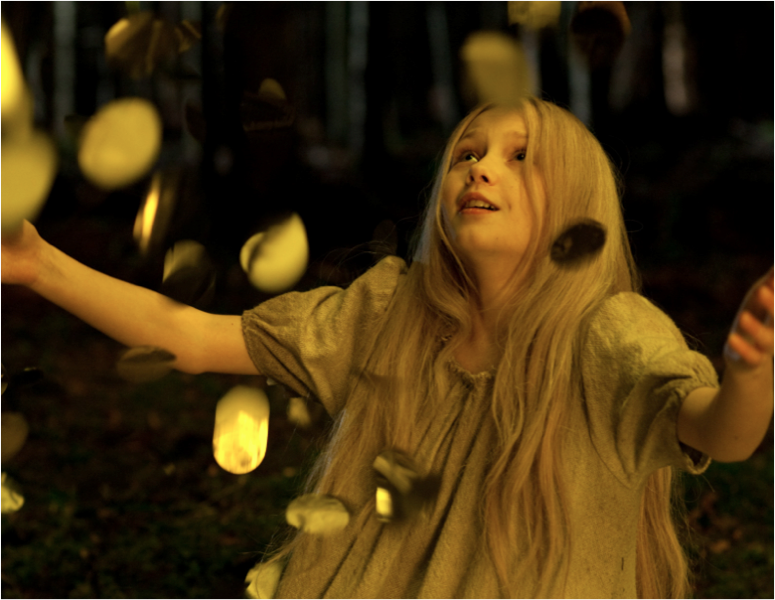 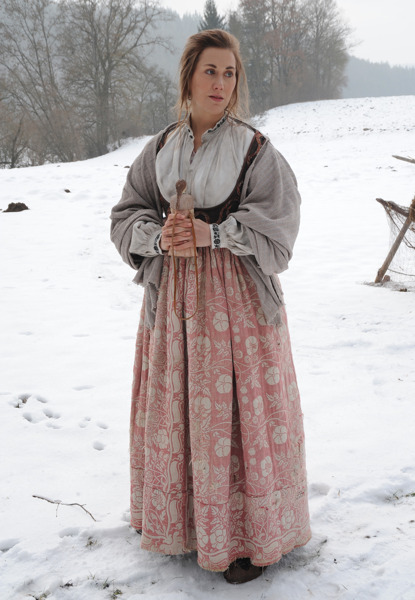 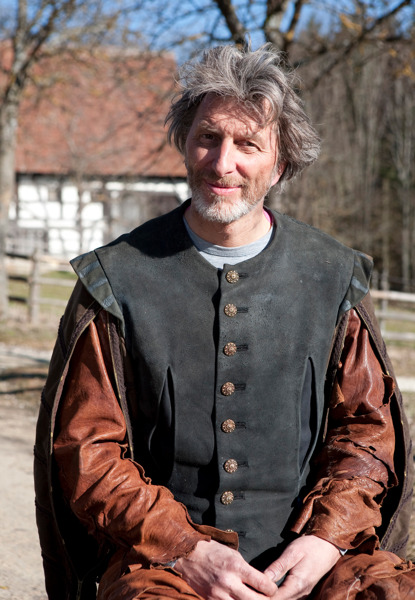 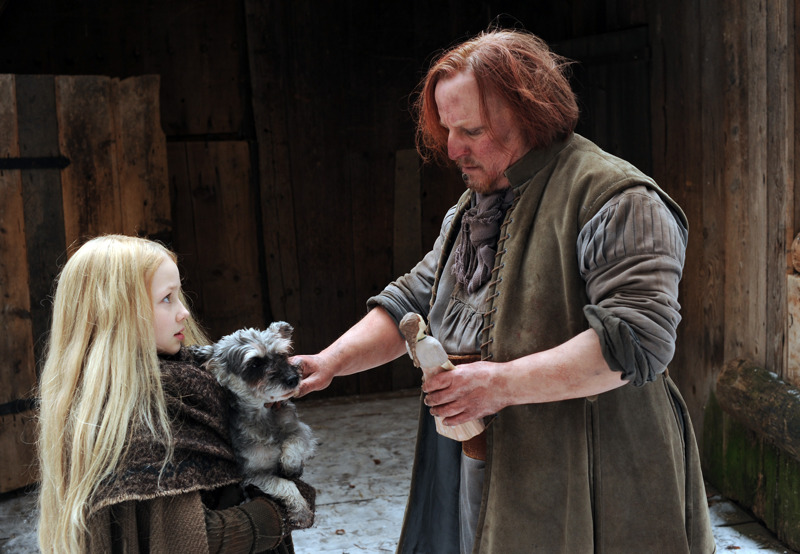 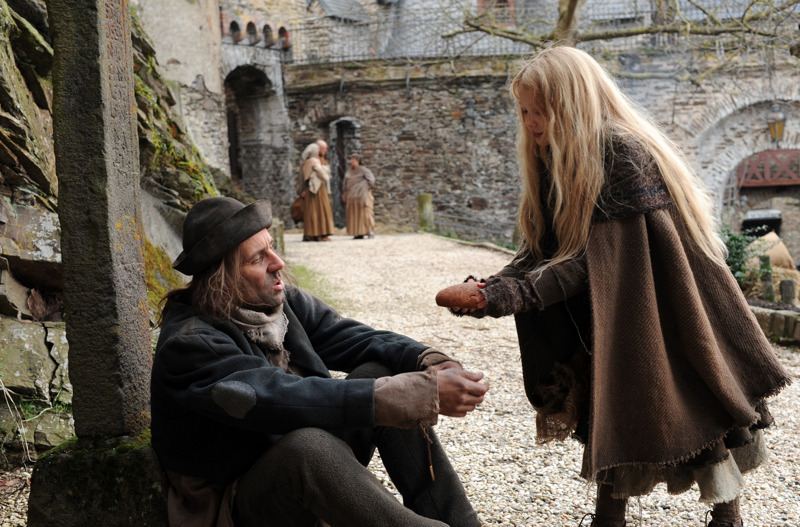 Based on the Brothers Grimm fairy tale, this film features Mina, a brave little girl whose village is in trouble. The king has taken all the adults, including Mina’s parents, to work for him as weavers. Left in the village are only the old people and the children. The children are hungry and cold and they miss their parents. The king’s tax system is so unjust that the longer the weavers work, the more they owe. It is up to Mina to take the last of the village’s money to the castle and convince the king to set the parents free. On her way to the castle Mina’s good heart and courage is tested. Her first encounter is with a greedy salesman who keeps the talking dog, Mr. Flix in a small bird’s case. Mina manages to set the dog free, and together the two cross the cold land to get to the castle.

Mina gives away her belongings one by one in order to make other’s happy. She gets to meet the king and the queen, but she fails to find her parents.  Having lost everything, even her companion Mr. Flix, Mina heads for the dark woods. She has lost all hope, but her heart is still pure. In a final act of selflessness she gives he clothing away – and just as we think we reached the end – the stars twinkle and the reward Mina for her goodness – allowing Mina to find a new beginning not just for herself, her parents but for her entire family and of course also for her loyal friend Flix.

Once upon a time there was a little girl whose father and mother had died, and she was so poor that she no longer had a room to live in, nor a bed to sleep in, and at last she had nothing else but the clothes she was wearing and a little piece of bread in her hand that some charitable soul had given her. She was good and pious, however. And as she was thus forsaken by all the world, she went forth into the country, trusting in dear God.

Then a poor man met her, who said, “Ah, give me something to eat, I am so hungry.”

She handed him her entire piece of bread, saying, “May God bless it for you,” and went on her way.

Then came a child who moaned and said, “My head is so cold. Give me something to cover it with.” So she took off her cap and gave it to the child. And when she had walked a little farther, she met another child who had no jacket and was freezing. So she gave her jacket to that child, and a little farther on one begged for a dress, and she gave her dress away as well. At length she made her way into a forest and it was already dark. Then there came yet another child, and asked for a shift, and the pious girl thought to herself, “It is a dark night and no one can see you. You can very well give your shift away,” and she took it off, and gave it away as well.

And thus she stood there, with nothing left at all, when suddenly some stars fell down from heaven, and they were nothing else but hard shining talers, and although she had just given her shift away, she was now wearing a new one which was of the very finest linen. Then she gathered together the money into it, and was rich all the days of her life. 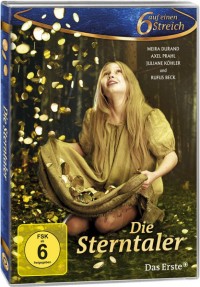